I hope you can view this video.  It probably won't work on a mobile device but I'll try to upload to you-tube and post on Ty's facebook, too.  He is so proud of his rock-and-roll discovery!  He can get those fingers to press down just enough for a funky jam :)


In addition to the guitar, Ty discovered that he can hold onto a balloon (the long kind that clowns use to make animals) and he lifts it up enough to pretend he is sword fighting.  He was working with his occupational therapist on this and he called me over to ask that I take a picture.  It was so cute, he never wants to take a picture!  It didn't come out great, but you get the idea.  He has one "sword" in each hand.  He told Lou that he wants to show him how he can "go cwazy."  He's such a funny kid. 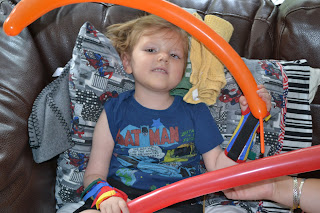 Before signing off, I also want to add some photos of Gavin.  It's been a while.  Can you believe how big he is getting?  My crazy, handsome boy. 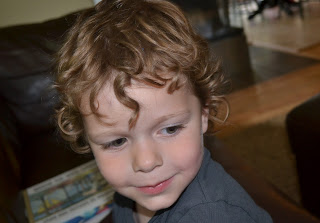 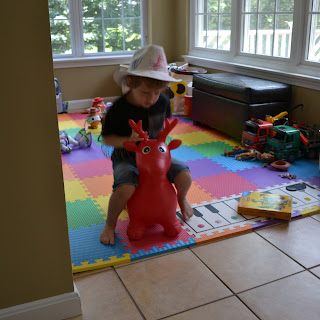 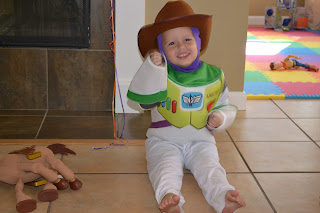