Showing posts from 2019
Show all

A MESSAGE THAT BEARS REPEATING 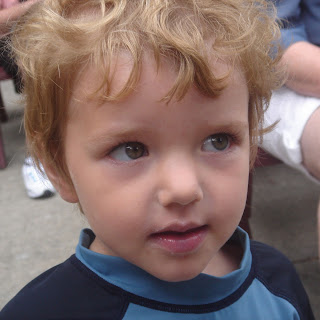 September is Childhood Cancer Awareness Month. In the hopes that new readers might come across this post (please share), it is important to start off by stating the fact that my son, Ty Campbell, died in October 2012.   He had just turned five years old.   We will never really know if it was the cancer itself or the treatment that ultimately took his life, but we do know this: he died because there were not enough safe and effective treatment options available to him, which is the same reason why any child loses his or her life to cancer.   After trauma, CANCER is the number one cause of death in children.   Not enough is being done to advance cures. This photo was taken two weeks before his tumor was discovered (he was two years/ten months old).   Over the course of 26 months in treatment, Ty had more than 20 surgical procedures.   Any parent who has ever had the difficult experience of leaving a child in the hands of a surgical team – whether for something as ha
4 comments
Read more 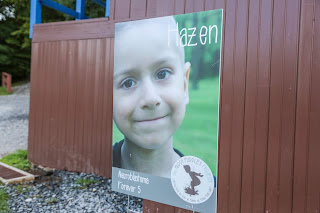 I rarely blog anymore.   I don’t have a story to tell anymore. And that’s because I don’t have a son with cancer anymore.   My beautiful boy who captured so many hearts died six and a half years ago.   But three weeks ago, I found myself with tears in my eyes and as our seventh (!!) annual Mess Fest fundraiser is approaching, I thought it would be an appropriate story to share.   Alexandra Garcia – Alex – was just a little girl when Ty was sick.   Her brother Michael was still a toddler.   I didn’t know her or her family, but Alex’s mother is such a deep and caring person that she injected herself into my life and I am so grateful for her friendship ever since.   This family travels for hours from their home in Westhampton to attend our events.   They volunteer.   They devise plans behind my back with a team of my favorite fairy friends to purchase plane tickets for our Mely to visit with us time and time again.   Alex has grown into a thoughtful young t
4 comments
Read more
More posts