Showing posts from 2016
Show all

The Birth of Bodhi 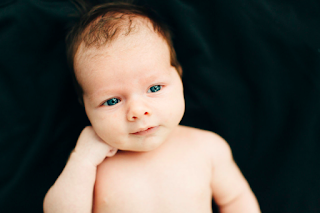 photo credit: Catie McCabe Bodhi Ty Campbell October 18, 2016 8lbs, 9oz. 20 inches Bodhi (pronounced BO-dee).   A Sanskrit name meaning “Awakened” or “Enlightenment.”   The Buddhist concept for Bodhi is spiritual awakening and freedom from the cycle of life.   Bodhi is also the name of the sacred tree under which Buddha sat and obtained his enlightenment/nirvana.     We had trouble agreeing on a name for our baby boy for the longest time.   Then, after he was born, Bodhi just seemed to suit him perfectly.   Lou and I have been through our own spiritual enlightenment on so many levels, it just sounded right.   Everyone wants this story to be beautiful.   A light at the end of the tunnel.   The rainbow after the storm.   Sadly, the birth of Bodhi was much heavier than it was happy.   It was more painful than I ever imagined.   And it has taken me 2 months to share this truth openly and honestly. Physically, I was okay.   It is the emotional pain that has been so
18 comments
Read more

He is gone. He is here. Four years without Ty. 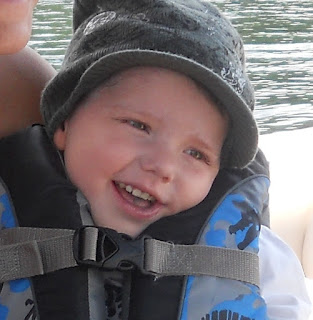 The ladybugs came today.  Our house is covered with hundreds of them.  How fitting that they came on this day… the day before the anniversary of his death.  When our house was so heavy with his absence, he sent them in undeniable abundance to say, “I am here.” They say it’s therapeutic to tell the “death story” of your loved one.  I don’t disagree with this theory.  With the anniversary of Ty’s death tomorrow, I have been reliving his for weeks.  More and more vividly as the days get closer.  It makes me weep beyond control while it simultaneously reminds me how certain I am that I witnessed his spirit being lifted elsewhere with my own eyes, and I saw real peace wash over his.  I have no idea what Heaven is, but I do know with certainty that it is REAL.  I know this, because I saw my beautiful boy go there exactly four years ago. Instead of retelling the story of his death this year, I want to tell you about how he has given the gift of life to one very special person.   I a
15 comments
Read more

Blue Lollipops for Your Birthday 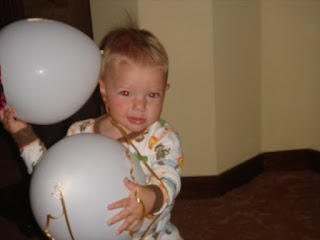 To Ty, on your ninth birthday... All day I’ve wondered what you would look like at 9 years old.   How your voice would sound.   All day I have had a weight on my chest greater than most.   I went through the motions like a zombie.      I slept poorly last night.   Every time I woke up throughout the night, I knew it was your birthday and begged to dream of you.   Instead I’m not sure if I really slept or dreamt at all.   I heard Gavin’s giant footsteps early in the morning, and my first thought was how big he is, and how you would be even bigger if you were still here.   What size shoe would you wear, I wonder? The day before, I received a package via priority mail.   It was a wrapped gift just for you – so I placed it next to your picture.   Gavin has been dying to open it, so it was the first thing he asked to do this morning.   It was one of the most special gifts we have ever received – a 3-year sobriety coin that Nadine says you helped her achieve after 30 years of ad
22 comments
Read more

When Your Child Has Cancer Cancer.  We live in fear of this monster, and rightfully so.  It is the cause of death for one out of four people.  In fact, one out of two men, and one out of three women will be diagnosed with cancer in his or her lifetime.  What I didn’t know is that one out of 300 children under the age of 18 are diagnosed with cancer… that is, until it happened to my son, Ty, just before he turned 3 years old. I thought, “Not my child, he is the picture of health.”   And he was.   Just look at that face.   Even days after this photo was taken, when I saw the image of a tumor undeniably present in the middle of his head, I was certain we could fix it.  He was way too perfect to have anything seriously wrong with him.   This little boy was already climbing the high slide ladder by himself.   He ran alongside me on the boardwalk with energy I wish I could bottle.   He was a wild, fearless toddler so full of life… a brain tumor was simply an impossible thought.   I had no idea that child
56 comments
Read more
More posts