We have been back and forth between home and the hospital since Monday.  On Monday we were here for an MRI and to prepare for radiation.  On Tuesday evening, we rushed off to "Urgent Care" because Ty's face was very swollen and the site where his VP shunt was very red.  Luckily the neuro team said he did not have an infection and we were back home by 1AM.  Exactly 24 hours later, the phone rang and we were told that his blood cultures from Tuesday night grew a "gram positive" which means his mediport may have become infected when they accessed him on Monday.  It never ends.

We were told we had to come back in the middle of the night last night, and now I am sitting in the same hospital room where we stayed on our very first night at Memorial Sloan Kettering.  It is so surreal to think of all that has happened since that day.  I remember how it felt to watch the nurse hang his very first bag of Chemo.  I was sick with worry and high on hope at the same time.  Lou took this picture at some point during that hospital stay. 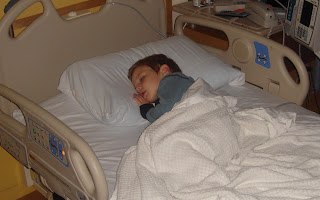 Just recently, I was walking in a public place and I heard little footsteps running toward me from behind... and for a split second I thought it was Ty.  ﻿I have been replaying that moment in my mind over and over again, trying to recapture and hold onto those few seconds where it was as if none of this had happened.  The moment where I had forgotten Ty can't walk anymore.  I torture myself by looking back at pictures of him and screaming "WHY, WHY, WHY?" over and over in my mind.  Just look at this beautiful picture that was taken a couple of weeks before diagnosis.  I want to jump inside and go back to this place. 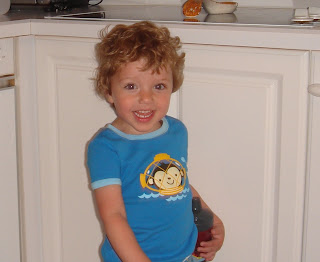 Despite the fairly rough week, Ty is really doing well and he is surprising the doctors left and right with how strong he is.  He has even gained two pounds!  His legs are looking delicious again as he puts some meat back on those bones :)  His new favorites include bacon, blueberries and happy meals.

The attending doctor said he would try and get us home today or tomorrow, because we can administer the IV meds on our own.  If we don't get home by early tomorrow, we will be stuck in the hospital through the weekend due to the holiday, but I don't expect that to happen.  I'm trying to stay positive.

The radiaton and oncology teams are still debating whether or not we will begin radiation therapy next week (for many complicated reasons that I will explain once I have more clarity).  I will keep you all posted on that.  In the meantime, thanks to all of you who have reached out with ideas for housing in the city, you have been such a help.

I didn't send holiday greetings this year, but I did have some beautiful photos taken recently.  Enjoy! 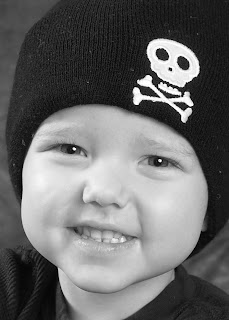 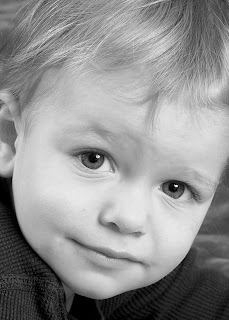 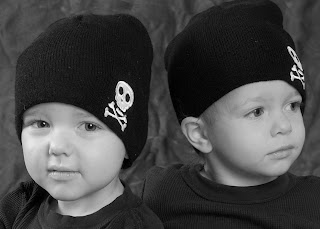 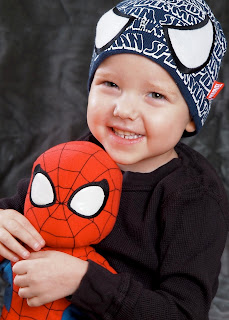 Happy New Year.  XOXO from the Campbell's
Posted by Cindy Campbell at 1:08 PM