When an itch is more than an itch.

Physically, I have been feeling great despite my rapid weight gain :)  Every day has been so busy I barely have time to think.  But whenever I get in the car to drive, I am alone with my grief and feeling so terribly sad lately.  Like an itch that can’t be scratched, it is always there, lingering underneath my skin no matter how happy I truly am on the surface.

I think about how, although the idea of having another baby has infused a lot of happiness and anticipation into our lives, the truth remains that Ty’s absence is still so tremendously present.  I don’t know what I was expecting to happen, but nothing has changed, not even one bit.  I miss him.  This wasn’t supposed to be my life.  And I would give anything to have HIM back.  It is all I really want.

Yesterday was an emotional afternoon.  I cried driving home from work.  I was wondering what my life would look like if he was still here.  Would he be in a big boy wheelchair with a joystick controller?  Would his speech still be so weak?  Or would we have triumphant days at physical therapy – making baby steps toward getting him back on his feet.  How would he be with Gavin and vice versa?  Would we still be welcoming a new baby into our home?  Then I think about what our life should look like.  Our life where cancer never showed it’s ugly face.  Where Ty is running strong on the soccer field and playing catch with his little brother outside.  It was all so incredibly heartbreaking to imagine.

I hosted a Mess Fest meeting at the TLC office later last night.  We met with GiantKids, another nonprofit in the area, to discuss how we are working together to make it an incredible experience for the children in attendance who have battled/are battling cancer and other life-threatening illnesses.  I get so excited planning this event, because it is just so magical.  We were talking through the various activities planned and sharing exciting new ideas.

Toward the end of the meeting I started scratching my inner wrist.  It was just a bit irritated and I was mindlessly rubbing it to sooth the itch.  I thought I might be feeling bumps, so I quietly hoped it wasn’t some type of rash forming and we ended the meeting shortly thereafter.  In the car I started scratching furiously, turned on the light and took a good look at my wrist.  I then realized that the itch was isolated to my “Thank You” tattoo.  In fact, the letters – the large T Y specifically – were slightly swollen and puffy so you could feel the outline of the letters if you rubbed your fingers against it.

HOW CRAZY IS THAT?   I was in complete awe over it.  His name - right there in front of me.  I have never received a more obvious and miraculous sign from my boy than this.  It has NEVER happened before, my tattoo never bothered me for a second and I’ve had it for almost 3 years.  The slight swelling went away soon afterward.  It didn’t cause any discomfort… he just needed to get my attention and let me know that he is with me.

You just have to believe there is something so much bigger than this life.  And whatever it is, it is pretty amazing. 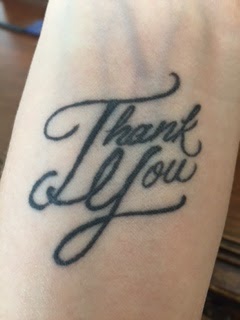 Posted by Cindy Campbell at 3:56 PM 12 comments: Links to this post

I was 31 years old when I got pregnant with my first.  What excitement ensued!  I remember checking the baby tracker almost daily to see what was new with the baby that day.  I cheated by reading what to expect in weeks ahead, and I bragged to my husband when he reached the size of a kumquat.  I was obsessed with knowing the gender, even though in my heart I was absolutely certain it was a girl.  I checked with the Chinese baby calendar online to determine the sex, and on my first try I landed on a blue square.

I immediately reassured myself.  First of all, this is a silly, meaningless, non-scientific calculator.  Second, I’m not 100% sure about the month I conceived.  It was during a New Year’s eve getaway so maybe it was December instead of January… Let me try that.

I grew up babysitting so I could make extra cash in my High School days.  In fact, I started when I was 11 years old.  Obviously things were different back then – I was still afraid of the dark but I would happily watch your kids on a Saturday night for $5 an hour, and parents trusted me - no questions asked.

Both families I worked for on a regular basis happened to have two girls. We enjoyed braiding hair and watering the dandelions outside before playing My Little Pony at bedtime.  In my senior year, however, a new family moved around the corner who had two young boys.  Little did I know what I was in for when I was hired for that particular gig.

Never in my career did I have to watch Teenage Mutant Ninja Turtles and peel wild boys from my body as they pounced on me over and over again.  I think if you saw my face during my first day at the job, you might have described it somewhere between shock, fear and a bit of disgust. Thankfully I was off to college shortly thereafter and never looked back.

So when it finally came time for my sonogram, I was already bursting with joy over the expected words “it’s a girl” before they were even spoken.  When the sonogram technician instead pointed out the opposite, my heart sank just a bit.  Surely she’s mistaken?  I recovered quickly and realized how incredibly happy I was regardless, but I was totally surprised and caught off-guard nonetheless.

We named him Ty and he was the love of my life from the moment he was born.  I remember watching him with pure wonder and awe.  “Boys are crazy!” I would say to myself with a smile.  Instead of watching TV, he was throwing his toys at the screen.  Instead of playing with his learning cube he was trying to smash it into pieces with his toy tools.  He zipped up the ladder and down the high slide at the playground before I could stop him, and he couldn’t even talk yet!

It was around that time I went in for the second baby sonogram.  THIS TIME, it was a girl for sure.

You know what?  How nice for Ty.  He will have a brother so close in age and they will be the best of friends.  In my heart I knew I would have more children so getting the boys out of the way first was probably a blessing.  Soon I would have a girl and it will be so sweet to know she has 2 big brothers to protect her.  Life will be perfect.

As most of you know, this is where my story takes a very sad turn.  Ty got cancer when he was 2 years and 10 months old.  His little brother, Gavin, was just 16 months old at the time.  For the next two years we focused on saving Ty’s life, missing out on so much of the childhood they both deserved, and in the end we lost him anyway.  He was gone just days after his fifth birthday, and I am broken.  I am half the person I used to be, the other half left with him on that crisp October afternoon.

It took my husband and I a very long time before we could even talk about the idea of maybe having another baby.  Years went by.  I woke up one day and the woman looking back at me was suddenly old and turning gray!  My baby boy was in first grade and he was always so alone!  How did we get here, this is not my life.

My husband and I agreed to try for another baby, but it didn’t happen.  I was so upset and angry.  I never had trouble getting pregnant in my earlier years, it seemed so unfair that I couldn’t get pregnant now – when the pressure of the clock was loudly ticking away in my ear.  We decided together that we wouldn’t try and medical procedures, if it was meant to be it was meant to be.  And by the time my 40th birthday rolled around, I believed it wasn’t.

It wasn’t until I accepted this fact and started to actually fear the idea of going back to diapers and car seats that I did, in fact, get pregnant.  I am still in shock.

I decided that we should name her Faith as a testament to all we’ve been through.  I began filling shopping carts with tutus, tiaras and delicate floral crib sheets.  I spent weeks thumbing through pink or lavender nursery ideas.  The idea of watching my husband with a little girl in pigtails made my heart skip a beat.  I intentionally started visiting Zulily again on a regular basis, and went straight to the pages on little girls. 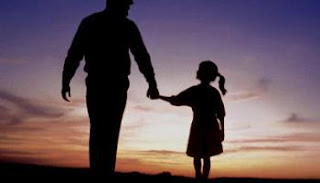 Once again, my heart was set on a baby girl.  Once again I am emptying those shopping carts one by one, and feeling oh-so uninspired by cargo shorts and navy blue everything.  It took me a few days to mourn the fact that a girl just isn’t meant to be.  I am in love with my baby boy already, and I wouldn’t trade him in for a million tiaras, but I can’t promise I won’t be tempted to play with his hair when he sleeps.  My talent is being wasted – not everyone can French braid like I can!

Having a baby boy is so fun, don’t get me wrong, and I dream about how much I love to put a newborn into a soft, fresh one-piece with blue trim.  To pick him up and nuzzle his hair under my nose.  It’s my favorite thing.  But a baby boy also comes with a ton of mixed of emotions that I need to cope with.  Would Ty feel we are trying to replace him?  What if he looks like Ty, will it break my heart?  What if he doesn’t look at all like him, will I be disappointed?  What if my mind starts thinking crazy thoughts in hopes that Ty can be reborn in this baby.  I used to say things like that in my darkest days, begging Lou to have another baby, and it terrified him.

I am okay.  I am happy.  I am in a good place and I can’t wait to have another baby.

Posted by Cindy Campbell at 9:05 PM 17 comments: Links to this post