When there's no such thing as too much TV. Why I love preschool programming.

In support of National Jump in #MuddyPuddlesDay, ScaryMommy.com published another blog post I wrote about Ty.  Please read and share on this very special day.
http://www.scarymommy.com/when-theres-no-such-thing-as-too-much-tv-why-i-love-preschool-programming-sm-orig/

I was waiting for this day to announce some incredible news about our partnership with Peppa Pig! Peppa is a beloved animated character who loved to jump in muddy puddles as much as Ty, and she was one of his absolute favorites.  I believe Ty had everything to do with her finding us, and choosing to support the Muddy Puddles Project.  It's all just so incredible.

Please read and share the post below.  Let your kids jump in puddles today.  Post your photos with the hashtag #MuddyPuddlesDay.  I can't find the words to express how grateful I am for this day. 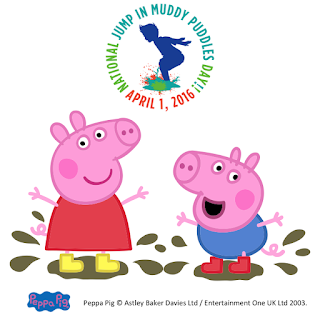 Posted by Cindy Campbell at 9:59 PM 4 comments: Links to this post

Gavin is growing up so fast.  I love to listen to his conversations with his little friends.  He is almost seven now, and the things that he talks about keeps me smiling all day.

He is growing into such a fun little person, but this is no surprise.  Who he is, everything about my Gavin, has been evident since he was just a baby.  His big goofy grin, his preference to laugh and tell jokes over anything serious, and his extreme sensitivity that causes him to cry so easily, these tendencies have always been there.  There are so many things about the person he is that he will carry into the person he becomes.  So much of Lou and I whether we like it or not.  Like Nana says, “you don’t plant potatoes and get tomatoes.”

He is still a complete wacko and he has a sick little sense of humor.  In fact, let me tell you about “The Inappropriate Show” that he made up with his best friend.  When they get together, they make up grotesque episodes of their imaginary TV show that are highly… you guessed it… inappropriate.  They think they are absolutely hysterical.

Creative genius, folks.  What is wrong with this child?  He also decided on a career, by the way.  He is going to be a doctor when he grows up.  He decided on this career path only because I recently explained to him that he can’t come to an appointment with me because people have to get undressed for their physical exams.

The other night when I was putting him to bed, we were talking about how much he missed having a big brother, and how great it would be if Ty was still here with us.  Gavin said, "if cancer was a person, I would give it BOTH my middle fingers... and my middle toes... so it could be four times as much!"

I honestly don't know where he gets any of this... the middle finger, the vaginas, and so on... but I agreed with him on that one despite how inappropriate it may have been. 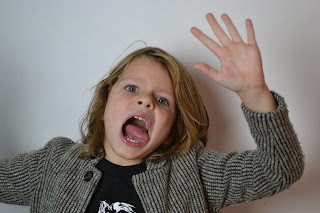 Posted by Cindy Campbell at 4:36 PM 4 comments: Links to this post