Thankful for our freedom

Instinctively, most people retreat from threats.  Fortunately, the best among us confront them.

We honor your courage and are indebted to your sacrifice.  May we always remember the heavy cost of freedom by never forgetting those who paid for it.

INTO THE BREACH
A Memorial Day Tribute

This video linked above features my friend, Brad, Christina's husband.  He is a soldier who fought for years in Afghanistan.  He fought for you and me, for Christina's brother Andrew, and for all the others who perished with him on 9/11.  In the video you can see that Brad is wearing his SuperTy bracelet on his wrist and it brought me to tears when I noticed it.  He hasn't taken it off since the day we first met in August 2010. He is a special person and I am so thankful for him and all of the amazing men who fight/have fought for our freedom. 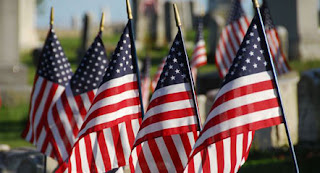 This memorial day weekend was a very simple one for Lou, Gavin and I.  We originally had busy plans to travel to Long Island and bounce around visiting with friends and family (Christina and Brad included), but when our plans changed earlier in the week Lou and I welcomed the opportunity to lay low and just "be" for a change.

The weather was totally crazy here in NY.  It was freezing cold with terrible thunderstorms and fierce winds over the first couple of days.  Finally, the sun broke through the clouds today and allowed Gavin to get some time out in the backyard while I mourned the morning glories that I planted for Ty earlier in the week.  I don't think they will end up surviving such a pounding and that broke my heart.  I will just have to start over and plant more seedlings for him.  I know that they will make him happy.  Although we were stuck indoors most of the weekend, I am grateful for all of the amazing photos and videos I received of kids jumping in muddy puddles over the weekend.

In fact, today Gavin ran and jumped in a puddle in the Home Depot parking lot and a grown man said, "I wish I could play in puddles, too!"  That is exactly my point, my friend.  Just do it!  For Ty and the seven other children who died of cancer today... go for it!

On Friday, I decided to stay home from the office and get some stuff done around the house while Gavin was in preschool.  I answered some emails, but then I found myself wandering around the house talking to Ty for hours on end.  Crying my eyes out in every room, because every time I tried to accomplish a little Spring Cleaning - like cleaning out the food pantry - I was punched in the nose by one thing after another that used to be his.  Like his favorite fruit snacks that are now expired.  The two boxes of Puffs that have never even been opened.  The baby food and fish oil that I used to put in his shakes.  I couldn't tackle the food, so I moved onto the hall closet only to be hit with the medicine bag that went with us everywhere.  His famous "bag of stuff" that I sat on the couch with for about an hour as I held his Captain America, played with his "poop cow" and his robots and talked to him about how much I miss him and love him and worry about him.  I found a half eaten blue Push Pop in the diaper bag and I almost couldn't breathe.  I debated going back to bed, but knew I would never be able to fall asleep anyway.  I walked around the yard and recounted/reenacted every single second from the last time I ever walked around the yard with him in my arms.  I cried until my face hurt and then I cried even more.

Friday was one of the worst days I've had in months.  I can't even begin to describe what the reality of being in this sad, empty house alone felt.  I guess because I never do it!  I didn't realize how awful it is!  I am so grateful that I have the foundation to focus on every day.  That every day I can go to the office while Gavin is at school, and that when I pick him up I have him with me to keep me smiling and keep me busy.  We talk about Ty, but it's good when Gavin and I talk about Ty because it reassures me that he will not forget his brother.  He does stuff like this that cracks me up every day and he truly makes me so very happy. 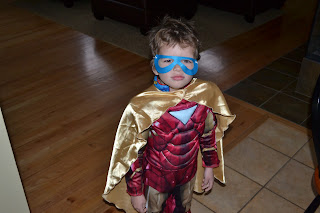 So, Friday was bad.  Saturday, Sunday and Monday were great because Lou and I were there for one another.  In fact, the rainy weather inspired us to clean up the storage room and that was a huge job.  Ever since we moved here, we never really had a chance to fully "move-in".  In fact, walking in that room you would realize we never even fully unpacked!  So, it is such a treat now to see the progress we made over the weekend.  We worked hard and it feels so good!  The only difficult part of the clean up was the ripple effect it caused... we came across a lot of things that belonged to Ty or reminded us of Ty so I was tasked with storing them up in his room.  To do that, I had to organize his closet better.  To do that, I had to go through some of his clothes and box up some of the countless cards he received over the years (we filled five large storage bins with cards and drawings. THAT ALONE makes me so proud of the impact my baby had).  I had to turn my back to Gavin and sit on the edge of Ty's bed to cry a few times that day, but it was okay.  Those feelings are normal.  I feel a pang every time I walk past the door to his room so of course spending a couple of hours in there while Gavin played would be hard... but having him there and knowing Lou was right downstairs made me totally capable of doing it.  Ty's room is getting there.  It's an awesome, beautiful room that has the very essence of his being covering every inch.  It's the happiest sad place in the world.

Keeping with the trend of "getting things done" this weekend, I have been meaning to share this picture with you for so long - and to thank my friend who is responsible for it.  Before we left for San Diego I received a package from an old college friend.  She hosted a birthday party for her own daughter and gave out the following as favors.  She was so detailed in the message that she sent home with all of the children.  The gold bag... filled with goldfish... tied with a gold ribbon... with Ty's story on the other side of the tag.... It was just such an amazing way to share Ty's story and to help raise awareness for childhood cancer.  Thank you, Shannon.  I hope you know how much I appreciate this on so many levels.  You are amazing. 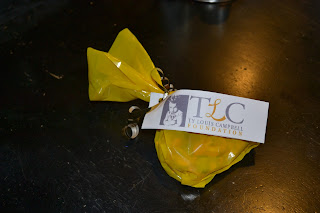 Goodnight everyone.  Back to work tomorrow!  I am probably the only one who is excited for that :)  Get me out of this house!  XOXO.