Another "first" without you. (Cr)appy Mothers Day! 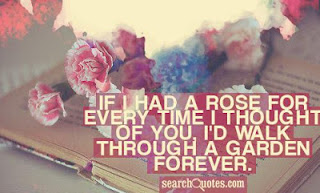 I was just walking by Gavin's room and I overheard him saying something about angels so I stopped at the doorway to listen.  He was in bed in the dark with Lou, and I heard him telling Lou:
"I wish he could have weeeeal wings like an Angel and then he could fwwy (fly) down to our house.  Not Angel from X-Men.  Not the superhero Angel.  I wish he could be a weeeal angel."  Obviously, we know who he was talking about.  He didnt sound sad.  He was just saying this in a very matter-of-fact manner.  He simply wishes his brother could fly down and visit him.

For no real reason, we have all had some very emotional days lately.  Thursday, especially.  I was so sad while driving to Gavin’s school to pick him up.  I was coming from a meeting in Valhalla and I was traveling on the Bronx River Pwy through the same stretch that I used to drive home with Ty every day last summer when he was attending school at Blythedale.  It was the first time I ever drove that pretty route without him in the backseat and I was flooded with memories of our drives together.  We played I-SPY every day and TY always joked that a bear was chasing us.  Then he would yell (as loud as he could) AND A DINO-ROAR!.
﻿﻿﻿
I will never know if Ty called dinosaurs “dino-ROARS” because he was being funny/clever, of if he just had too much trouble making the “s” sound.  Knowing him, it was both.  Regardless, it was the cutest thing ever.  Gavin just recently started taking over for Ty, joking about bears and dino-roars chasing us (and he’s expanded it to include superhero zombies, too).  He intentionally says dino-Roar, too, because I reminded him about how Ty used to say that.

So when I picked him up, I put on my happy face and was talking to him about school that day.  Out of the blue, he asked me “Mommy, how did Ty get the boo-boo on his head?”  I can’t remember exactly how the conversation evolved, but he was asking so many questions so I decided to just explain that Ty had cancer and we don’t know why.  My mommy senses told me that our talk was scaring Gavin a little so I told him “that will NOT happen to you, Gavin.  Okay?”  “Okay” he said.

Then he said, “I want Ty to stay.  Because I like to play with Ty.”  Forget it, I couldn’t hold it in any longer.  I started to cry.  I was as quiet as I could possibly be, I didn’t even think it was enough for Gavin to notice, but he did.  And then he just lost it completely!  Never before have I seen such real, genuine hysterics from him over Ty.  He cried and cried and cried – huge real tears – and said over and over “I miss Ty.  But I want him to STAY!  I’m crying because I miss Ty.”  He was shaking because he was crying so hard and there was nothing I could say to help him feel better because I was feeling the exact same way.   I had to pull over.  I pulled down a dirt road, I walked around the car, pulled him out of his car seat and just stood in the light rain holding him so tight.   I feel like we stood there for an eternity, hugging and crying.  I told him that Ty was crying too and showed him all the raindrops.  I told him that Ty misses him, too.  Then I looked up the road and I knew what we had to do…  No surprise here :)

Last night I had another sad, sad cry with Gavin.  In my zombie cleaning mode, I dumped out a Dixie cup that had some dandelions in it.  Gavin picked them for me days ago and put them in water, but they were dead by now.  About 15 minutes later I heard him call for me from the kitchen.  He was so upset and confused and yelled, “where are my flowers?  Why was my cup in the garbage can?”  He actually threw himself down on the floor when I told them the flowers died so I had to get rid of them, and he screamed “are they in heaven!!???!!!”  Oh my God.  I couldn’t fix it!  I didn’t know what to say!  I tried so hard to calm him down, but obviously his emotions were based on much, much more than the flowers.  My poor Gavin.  He is just trying to figure all of this out now, and he can’t.  I wish I could help him.  There are so many wonderful books, and we talk about it all the time, but he is just so young he is obviously having a hard time lately.  I think he is just plain sad over losing his brother, and that's that.

He's been asking me about going to heaven again.  When will he get to go?  When I explained that he won't go until he is very, very old and God calls for him, he asked me how old Ty was.  I tried explaining that Ty was only five, but in his case things were different, but I couldn't even convince myself.  Whatever I came up with sounded ridiculous.  Sometimes it's just impossible to try to make sense of something so senseless and unfair.  Regardless of my unwavering faith.

Poor Lou never gets any signs from Ty.  The other day I was sharing a story with him about a Cardinal.  How I was sad while cleaning our room, and I went to the window to look outside when I heard the birds.  Two beautiful red birds flew and landed in the tree right outside the window.  They were right in front of me chatting away.  One flew away after a few seconds.  The other just stood on the branch looking right at me for as long as I needed.  I swear.  I was sad and I just felt compelled to keep looking at that bird.  We were making complete eye contact and every once in a while he would cock his head to the side and utter a mild “chirp”.  It’s funny because I was kneeling and my knees started to hurt a little but I didn’t want to walk away from the bird in case it was some kind of sign from Ty.  I randomly said “okay, I feel better now,” and at that instant the bird flew away.  I swear.  The second those words left my lips.  (Linda - I know you appreciate this one :)

I told Lou how little things like that really help me cope and he said “I wish I got signs like that.  I never get anything.”

Then, he did!
Lou always puts Gavin to bed just as he always used to put Ty to bed.  In general, he has always gotten home later than me so it was his time with the boys.  Ever since Ty got sick, he’s been saying prayers with him.  The Our Father, Hail Mary and Glory Be is pretty much the routine.  Ty knew them all and they had a very special ritual together.  Ty struggled with speech on and off throughout his horrific treatments, but there were certain parts of prayers that he always whispered.  During the Hail Mary, for example, Lou always paused in the middle after saying the two words "Holy Mary" and he let Ty say “Mother of God…”  then he continued.

Gavin never does this.  He listens to the prayers but he never participates.  He has his own rituals with Lou where he says goodnight to Ty and to God every night, but he prefers not to do the other parts.  He never even heard the proper Hail Mary from Lou, because Lou has continued to pause and leave out the phrase “mother of God” because he leaves that part for Ty.  He says he likes to imagine Ty’s voice saying that part, so he never says it out loud himself.  Last night, out of the blue, Gavin said it loud and clear while Lou paused in his usual silence.  Isn’t that just so sweet?  It was like Ty was using Gavin as a vehicle to get to Lou.  It made him feel so much better :)

As Melissa E. said today (Sweet Angel Tanner's Mommy), "Happy Mother's Day to all the moms who have half their hearts in heaven."  Or, as I said to Maya, "Crappy Mother's Day to US!"  It certainly will be a hard day for me.  My first mother's day without Ty.  So incredibly weird to imagine.  All I can think about tonight is how exciting it was when I celebrated my very first Mothers Day because Ty was born, and now - just six years later - its my very first one without him.

I had this short video on a loop for about 15 minutes straight tonight.  Over and over and over again I listened to that sweet voice.  I brought my laptop up to my face so I could feel like I was looking into his real eyes.  It is so sad that my baby was so hurt by all he endured, yet look at how sweet and loving he is despite it all.  This was taken less then two months after his severe paralysis set-in (as a result of radiation induced necrosis).  I can't believe he is gone.

Since its hard to understand him, he is saying "happy mothers day, mommy.  I love you."  I love you too, my baby.  I miss you so much and I cant wait to see you tomorrow.