When Your Child Has Cancer 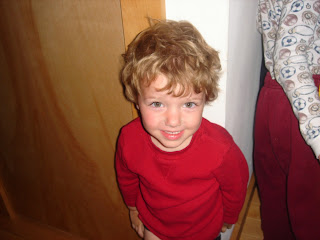 I thought, “Not my child, he is the picture of health.”  And he was.  Just look at that face.  Even days after this photo was taken, when I saw the image of a tumor undeniably present in the middle of his head, I was certain we could fix it.  He was way too perfect to have anything seriously wrong with him. This little boy was already climbing the high slide ladder by himself.  He ran alongside me on the boardwalk with energy I wish I could bottle.  He was a wild, fearless toddler so full of life… a brain tumor was simply an impossible thought.  I had no idea that childhood cancer, in fact, looks just like him.  It looks like any one of our children.  I wasn’t aware until I was the one out of 300.

As parents, we become plagued with guilt and fear.
A childhood cancer diagnosis manifests as unimaginable guilt and haunting fear that completely consumes the parent.  I would smile on the surface to the point where everyone commended me on my strength – yet if anyone took a closer look they would see my cuticles were bleeding from nervous picking, my hair was thin, my skin ashy and my eyes so very tired.

I was guilty because somehow I let this happen to my child.  I was guilty because I couldn’t take the pain for him.  As much as I begged and pleaded to “let it be me,” I remained helpless and had to hold him down deceitfully whispering “it’s okay” when none of it… not one bit… was, in fact, “okay.”

And I was so very afraid every waking moment of every single day from the time he was diagnosed.  On his good days, I feared the beast that lurked in the corner – mocking me as I tried to enjoy the happy times.  When his bad days came, I feared his suffering, and I feared losing him more than words can possibly describe.

We need to know how this happened, but answers don’t exist.
“What did I do to cause this?” I constantly wonder.   It was my job to protect my child, and I failed.  But there is no known cause or prevention for most childhood cancers. It happens at random and it does not discriminate.

We know environmental factors cause cancer over time, like sun exposure, asbestos, alcohol and cigarette smoke, but when we look for answers pertaining to cancer in children, they simply don’t exist.  What could I have possibly exposed my son to that would cause him to develop an Atypical Teratoid Rhabdoid Tumor (AT/RT) at 2 years old?

Childhood cancer looks nothing like adult cancers….
If you never heard of an AT/RT before, I’m not surprised. Kids don’t get lung cancer and colon cancer, their diagnoses are so fragmented and complex, which greatly complicates treatment and the research landscape.  Most people have heard of Leukemia, but few have ever heard of rhabdomyosarcoma, ependymoma, neuroblastoma and diffuse intrinsic pontine glioma.   In fact, there are hundreds of different types of cancer diagnoses in children, and they are totally different than what occurs in adults.

… and they shouldn’t be treated the same, yet they are.
The very large majority of treatment protocols for children use highly toxic chemotherapy drugs that were invented 40+ years ago to treat adult cancers.  They are, essentially, hand-me-down agents.  For example, Ty was treated with Vincristine (discovered in 1961), Cyclophosphamide (1959), Cisplatin (1965), Temodar (1997), and Methotrexate (1956) among others.  I begged his doctors for something new to try!  I searched for clinical trials designed specifically for pediatrics where he met the criteria and came up with nothing.  I knew the reality of his prognosis and to this day I find it impossible to accept how little research is being done, and how few options we had.

Children also have a much faster metabolism than adults so they often require the same medication in higher doses, resulting in even more extreme side-effects.  If you think treatment was hell for you or someone you love, imagine doubling those effects on a small child.

When I had to make treatment decisions, I was handed papers to sign that explained the side effects of the drugs my child would be receiving.  It stated a 30% chance of him developing leukemia later in life, and a high probability that he would suffer heart disease, as well.  At the time we were facing a highly malignant brain tumor growing at such a rapid pace he lost his ability to sip a straw overnight and his speech would become more compromised by the hour… Leukemia is most often treatable, right?  “We’ll cross that bridge when we come to it,” I thought, as I signed on the dotted line.  THESE are the decisions we make.  One day I’m reluctant to feed my beautiful boy a banana at the deli because it doesn’t appear to be organic, and the next day I’m signing off on treatments that are so toxic, I have to wear gloves when I change his diaper or clean up his vomit.

The pressure to make the right decision on behalf of your child is unbearable.  The idea that you have to make treatment decisions, and there is no certainty if one is more effective than another for your child… what if you don’t pick the right one?

The Research Conundrum
The cure does not exist yet.  It is not being hidden by the government so drug companies can continue to profit from cancer care.  I know many researchers on a personal level, and to imply that they are “hiding the cure” from our children is simply hurtful.  I invest in them because I believe in them.  When you walk through the lab at MSKCC, Cornell, CHOP or Baylor, as I have, the passion for the work is palpable!  Be inspired!  But that’s not to say that childhood cancer research isn’t flawed.  Believe me, it remains very, very flawed.  Some of the challenges include:


The clock is ticking for our children and they cannot afford to wait.  I personally know several children who will succumb to their disease over time if new options aren’t presented.  THIS IS UNACCEPTABLE!

We need support and reassurance
A cancer diagnosis is bound to result in a barrage of unsolicited advice, often from complete strangers.  As a desperate parent who has educated myself way more than I thought possible, what I found myself needing the most was support and confidence in the decisions I made on behalf of my son. Seaweed in a bottle, Prayer vigils, Oils, the Burzinski clinic, Apricot Seeds from God.  If it couldn’t hurt, I tried it or spoke to many others who did.  In some types of cancers and in many cases, parents have bought time, minimized suffering, and even saved their child's life with these important alternatives.  But they are, by no means, a secret cure-all, which is so often implied.  Nothing is more hurtful than hearing “you should have tried this,” after receiving devastating news. We survive on hope and positivity! 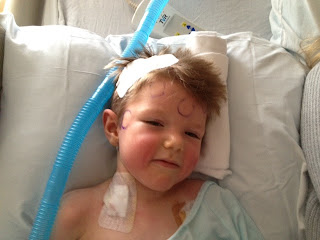 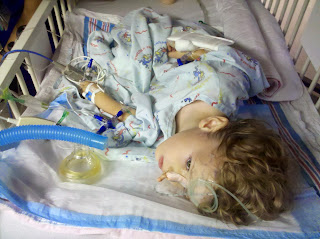 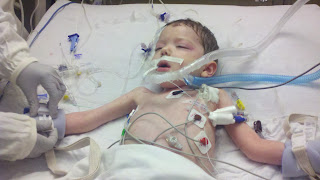 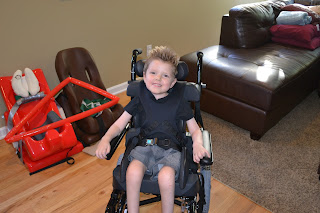 His journey was horrific, and I hear stories just like his day in and day out.  Childhood cancer does not equate to adorable children with no hair jumping rope and singing songs until they're all better.  While these children are incredibly brave and they amaze us with their ability to smile through it all, maintaining such innocence and beauty despite the odds… they also cry. A LOT.  Of course they do.  And they hurt, and they suffer, and they beg and plead for “no more.”

My son died in 2012 after 2 ½ years of treatment.  I am left to reflect on his pain and suffering every day forward.  I would do anything, ANYTHING, to take care of him again.  I was never so loved, or so needed.  My life never had such purpose.   Now I am left to redirect that love and energy toward raising awareness and accelerating the progress toward a cure in his memory.

Go Gold in September
We need safer, more effective treatment options.  Cancer treatment for children needs to be gentler and more tolerable.  There is tremendous hope on the horizon for advances in targeted treatments and immunotherapy.   By raising awareness we can increase funding toward this groundbreaking research and ultimately find a cure.

September is childhood cancer awareness month.  Our color is gold.  Please help us spread the word. 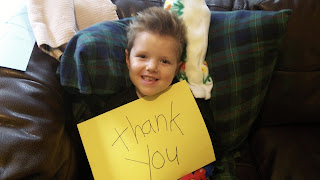 Posted by Cindy Campbell at 9:54 AM 17 comments: Links to this post