Grief. It creeps up on me.

I found this incomplete blog post as I was trying to organize the files on my laptop this morning.  This is one among many.  I still write to help myself, but I don’t always post what I write anymore.  I worry that it is often so sad - because that is when I need to write - so I try to be cognizant of that.  But when I got to the end of this one, it made me proud, and I want to share…

August 2015:
Tonight I want to Daryl’s House for the first time.  For those of you who don’t know, Daryl’s House is a venue that opened up in Pawling just about a year ago, and it is a great place for enjoying dinner with incredible live music.  Daryl Hall started “Live from Daryl’s House” – a free monthly web show – in 2007, and he created this venue to give his favorite artists a place to play.

Also for those of you who don’t know, I absolutely love to listen to live music with the exception of drum solos, which is a legitimate pet peeve of mine (even when it’s you, Tommy Lee!).  Anyway, it’s been a long time.  A really, really long time.  Ty getting sick changed everything in my life.  I still have yet to gain a lot of it back, and of course I’ll never be the same.  But tonight, I feel like I found a tiny sliver of my old self again.

So the Jason Gisser Band was going to play at Daryl’s House tonight.  Of COURSE I would be there despite the internal struggle I face any time I am invited to “go out.”  I got there, it was a beautiful summer night.  I was excited to be out with a signature martini in my hand, surrounded by a number of fun, lighthearted people.  We laughed, we ate and we danced in our chairs to some incredible music.  Some of my favorite songs were played (Angel from Montgomery by Bonnie Rait and Ramble On by Led Zeppelin) and I texted Lou to tell him how happy I was to be out enjoying this music.  By the time the Jason Gisser Band came on, I was downright giddy.  I had so much fun listening, watching, dancing, etc.

Then I don’t know what happened!  I mean, seriously… W..T..F..???  I was listening to their encore performance, loving every minute of it, and all of a sudden I was holding him again.  My baby boy.  I relived the moment he was cradled in my arms as he gasped his last breath.  I watched the life leave from his partly opened eyes, and the pulse of his heart stop delivering a rhythmic throb from within his partly opened lips.  His beautiful face immediately went from looking “still alive” to looking… the opposite.  And there I sat, surrounded by people enjoying a great night out with great music, and somehow I didn’t cry.  Somehow, I didn’t run away.  I wanted to.  I even played it all out in my head in case I did need to leave in a panic, but thankfully, I didn’t.

I have decided, this very second as I reflect on what went down tonight that… Yes, I am STRONG!  Thank you, for all who have told me that over the years because I refused to believe it until just now.  I am fucking strong.  And Lou is fucking strong. And we are so lucky that we haven’t jumped yet, even though there are so many times we need to talk one another off the ledge.  I am thankful for a fun night out, that didn’t end with me fleeing in a panic.  XOXO. 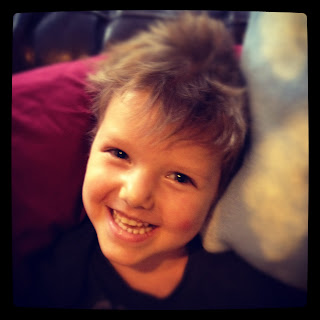 Posted by Cindy Campbell at 11:57 AM 16 comments: Links to this post