Today, Gavin is six.  It is almost impossible to believe.  I know every year and every milestone tends to result in the same feeling of "where did the time go?" but there's something about SIX that seems so surreal.   Even he thinks so!  For days upon days leading up to his birthday he would talk about turning six and just how big a number it was.  He was so excited for this day, that I think he actually woke up pretty disappointed.

"Mommy, what's it supposed to feel like when you turn six?"
"Gavin, it feels kind of the same as when you were five.  When you are growing up, the changes seem to happen gradually."
"What do you mean?"
"I mean you really don't feel much different on your birthday than you did the day before, but if you look back and think about one year ago you'll realize how much you've grown!"
"Oh.  I just thought I would feel bigger.  I thought I would be able to do stuff."

Maybe it's impossible to imagine Gavin is six because Ty isn't here. Because I don't even know what his big brother would look like at six years old.  It's such a complex balance between trying to celebrate Gavin without choking back tears over Ty every single time there is a milestone in his life. It's just that with each milestone, his brother's absence is that much heavier.  It is ALWAYS there, even when I have the biggest smiles.

Gavin was very excited when they started having Earth Day lessons in school.  He felt so special that his birthday is on the same day and he came home with so many questions for me. He thinks it's weird that I refer to our planet as a "her" and he had a hard time grasping the concept of how deep the ground goes and how high the sky goes, which also led to a lot of questions like:
"If God is everywhere, is he even underground?"
"Do you think there's a separate Heaven for dinosaurs?"
"Is the Earth alive?"

Gavin also proved that he takes after me when it comes to crafting.  He was very excited to show me some of the ways he learned to re-use every day household trash.  Like turning a water bottle into a scooper, or turning a jelly jar into a flower vase.

He refused to listen to me when I explained that I think the water bottle needs to be a gallon with a handle ("just watch me, I know how to do it." he insisted).  He also decided to make a flower vase out of something that was already a flower vase.  Not exactly the kind of "re-use" i had in mind. 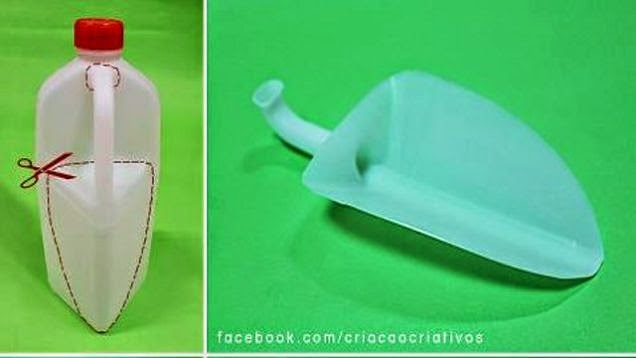 
I can't wait to put these puppies to good use.  Especially the scoopers.  The possibilities are endless?

Thanks so much for your love and support over all these years.  I can't believe it's been almost five years since Ty's diagnosis.  Mind blown on many levels today.  I love that Gavin is getting big - I love being around him and all the adorable things he says and does - but it's so bittersweet when your youngest starts to tie his own shoes, take showers, help himself to a drink and a snack.  I ask him all the time, "Where did my baby go?" and then he climbs into my lap and says, "right here."  :)  I am lucky to have such love in my life.

The Land of a Thousand Flashbacks

Last summer, I was so honored to appear on the Today Show with Kathie Lee and Hoda to talk about the Muddy Puddles Project.  At the end of our segment, they surprised us with a 3-day trip to Disneyworld.  We were approaching the one year mark in May (when the trip expires) so Lou and I thought it would be a great treat to surprise Gavin with the trip for his birthday (he turns 6 on Wednesday, can you even believe it?). 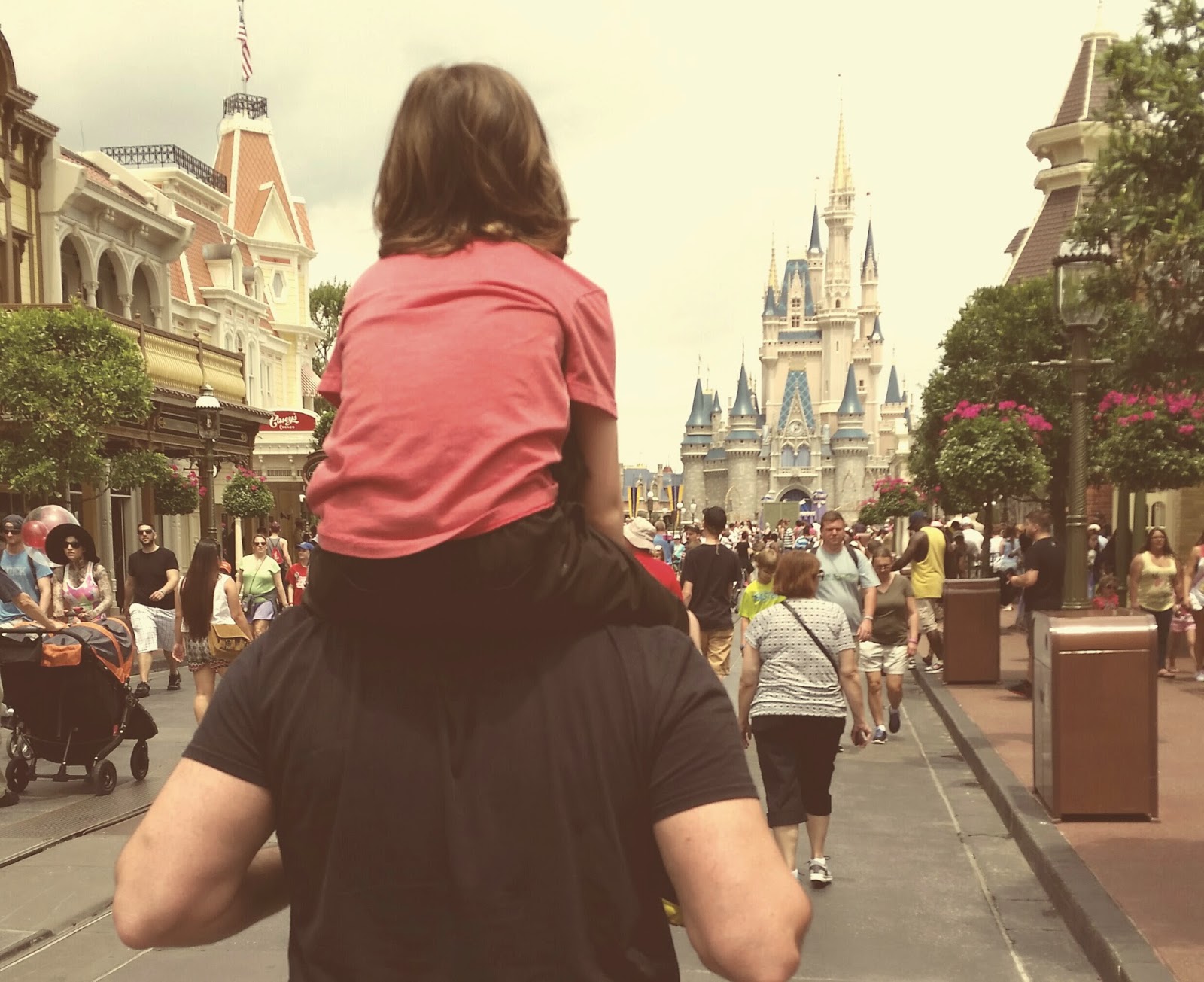 It was absolutely NO surprise to Lou and I when Gavin was less than impressed with his surprise.  We waited until we were at the airport to tell him where we were going and his reaction was, well, mediocre at best.  He rolled his eyes and told us we were wrong, Disneyworld is not a magical place, because there’s not even any such thing as magic.

Well, okay then…  Guess that video won’t be going viral! Kathie Lee and Hoda won’t be playing a cute clip of the excited little kid relishing in their generosity!  Nope.  We’ll save that for when he’s older so he can see how much he goaded his parents growing up.

The last time we were in Disneyworld, it was for Ty’s “Make a Wish” trip in December 2010.  Gavin was 20 months old, Ty was just three, and Mely was very new to our family.  Lou and I knew it might be a difficult trip, but the severity of the flashbacks, even all these years later, was something we just hadn’t anticipated.  As always, we felt so incomplete without Ty and Mely there.

Flashbacks are funny like that.  I might never have remembered eating vanilla ice cream with Ty in my lap right on a particular bench in Universal had I not walked right by it.  I forgot how he held his camera and took pictures while we were on the train at Animal Kingdom until we boarded a similar ride in Disney – then I could remember every detail from that moment.  The red sweatshirt he was wearing, his hood was up to keep his bald head warm, batman blankie was on his lap, he was sitting to my left as I had my arm around him to make sure he was comfortable and safe.  I could hear his little voice in my ear again.  See his little hands gripping his rubber camera.  Feel the little bit of fuzzy hair and hint of dampness on my lips as I kissed his head.  I can’t even hold back the tears writing about it, I must have looked crazy being the only person wiping away sad tears on and off all day at the happiest place on Earth.

I spent so much time thinking about what it would be like if they were both there, six and seven years old, running around together.  Gavin absolutely LOVED the roller coasters!  The faster, the better.   Some of the simulation rides freaked him out a bit and the Jurassic Park log flume scared him to tears (which Lou and I teased him about endlessly until he did it again and loved it).  He totally appreciated the humor during the Simpsons ride at Universal Studios, which made me so proud :) 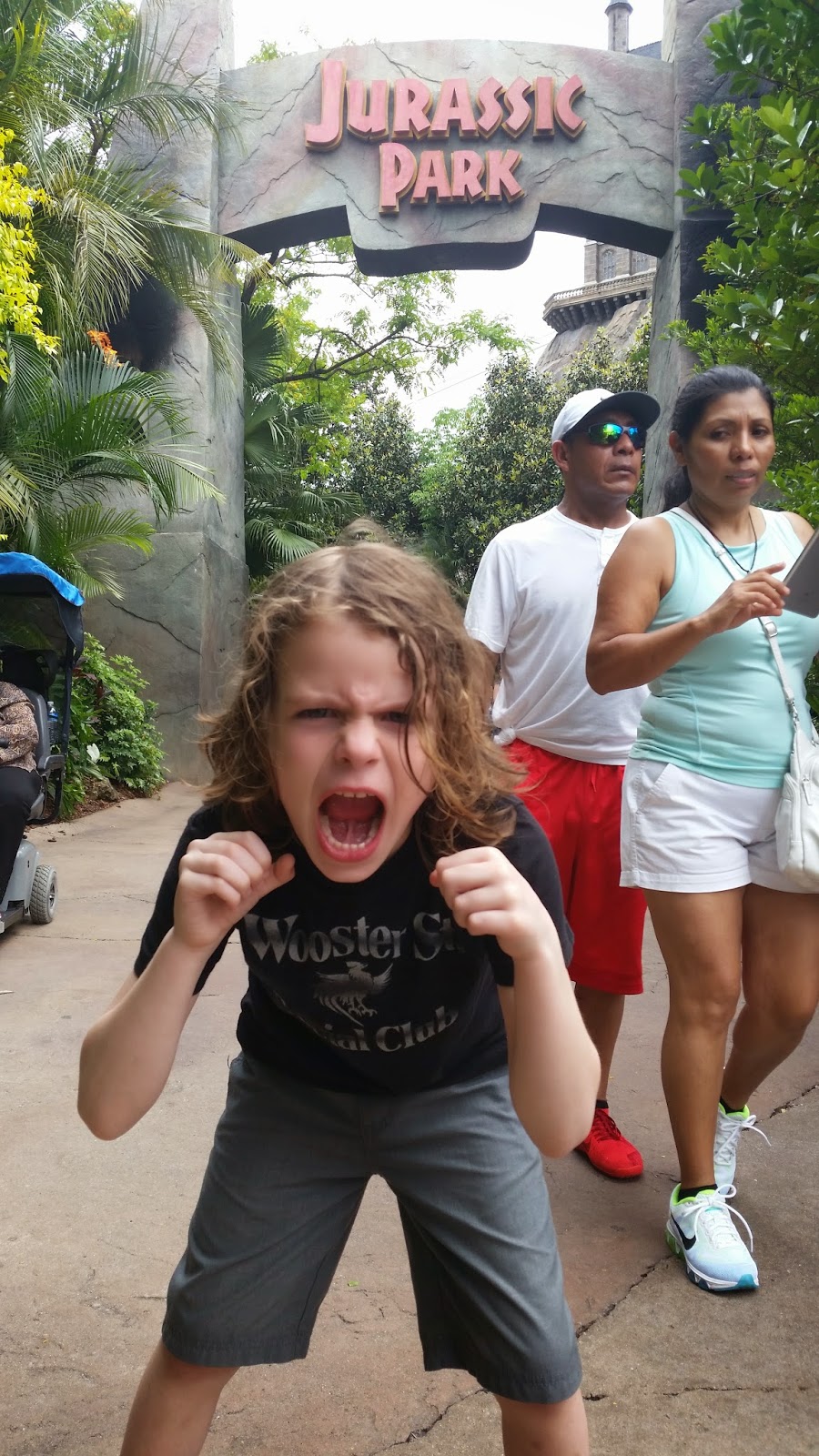 We were staying at a new boutique hotel in Orlando that did not have a lot of kids, so it made it even harder to watch Gavin in the pool, so excited if another kid showed up that he could play with.  Lou and I wondered if Gavin was able to sense how mixed up we were between genuinely having tons of fun and being completely slammed with sadness at the same time.  We don’t think he was aware, but maybe subconsciously he knew because he would say “Mommy?  I love you.  Daddy?  I love you” 20 times a day.  He showered us in hugs and kisses for 4 days straight.  It was amazing.

We are driving home from the airport as I write this.  It's early in the evening and I am just so physically and emotionally spent.  I don't even know how I'm going to find a way to get back into routine tomorrow with work and school.  Post-vacation hangovers are always like that, I guess, but this time it feels worse than ever.  I just have so many emotions to digest and it's simply exhausting.  Gavin is feeling it, too :) I don’t want my memories of Ty to be so painful, but they always are.  I can’t experience such detailed flashbacks without simultaneously feeling intense longing for him.  I want to jump right back to that place and hold him and talk to him and kiss him and never, ever, ever let him go.

As many of you probably noticed via social media, we decided to declare April 1st “National Jump in Muddy Puddles Day” on behalf of the Muddy Puddles Project.  I had a blog posted on Scary Mommy yesterday that was shared over 18,000 times (READ ITHERE).  We created a Facebook page that has more than 1,050 likes in one week.  And we collected more than 150 photos in 24 hours – and counting.

I took off from work for the majority of the day and I took Gavin and his buddy on a hunt for Muddy Puddles.  Since it was April Fool's Day, we also made some mud soup for the Daddy's for dinner :)  My favorite part of the day was when they broke into a muddy puddle dance party - their idea.

I didn’t know what to do with all of these incredible photos – how best to share them, so I created a slideshow (forgive my poor video editing skills).  Eventually we will convert the new Facebook page to be solely dedicated to the Muddy Puddles Project, so please be sure to like and share.  I don’t care what kind of day you’re having, you can’t look at these pictures and NOT smile.

I sat down in my living room yesterday afternoon, the sun was shining through and for the first time since December I felt warm.  I heard some suspicious sounds over by the window and I knew immediately – it was ladybugs.  I counted 19 of them crawling around the room, flying and bumping into my windows.  I say it all the time, I simply can’t make this stuff up.   We lived in that house for 4 ½ years and I asked my mom – can you ever think of a time we had ladybugs like this until Ty passed away.  “Never,” she answered.

Yesterday was a great day.  I went to bed with a smile on my face.  As I was putting Gavin to sleep I said “I am so happy I took today off to spend the whole day with you.  I loved playing at the park and running around in our backyard.  I had a great day, I love you.”

Can a heart melt more?  Lady.  How adorable is that!
Posted by Cindy Campbell at 2:58 PM 4 comments: